We look forward to seeing you on our ice soon!

Why the Lincoln Stars? 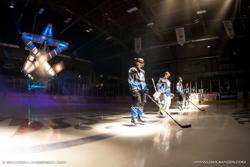 When comparing USHL teams, few stack up against the Lincoln Stars. The Stars have won two (2) Clark Cups (1997, 2003) and three (3) Anderson Cups (2000, 2001, 2003) since they began to play in 1996.  Since the inaugural season, the Stars have graduated many players to the National Hockey League, including David Backes, Brandon Bollig, Jared Boll, Erik Condra, Ryan Dzingel and Matt Bartkowski.

The Stars pre-game light show has garnered national attention and continues to be an integral staple of our presentation. Nothing compares to that feeling a player has when the Star is dropped from the ceiling prior to puck drop.

Not only do players improve on the ice, but more importantly, they develop into men off the ice. All players are involved in community events. Whether it is visiting a local children’s hospital, reading to students at the Lincoln Public Library or helping give back through the Make-A-Wish foundation, the players become a part of the Lincoln community.

The Stars have a storied past and their fans support the team every game. With an arena that seats close to 4,500 people, the Ice Box has an atmosphere unmatched in the USHL. 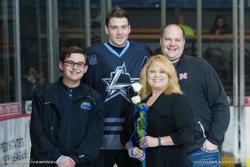 The Lincoln Stars are looking for families in Lincoln willing to open their homes and house a player for the duration of the 2021-22 season. These players, ranging in age from 16-20, travel from around the world to play hockey and are in need of a home and family to live with while in Lincoln.

Providing a safe and supportive environment for players is essential to the success of the team. Billets help make this program possible. Through the billet program, players are given a sense of community and support while away from their families. Billets also benefit from the experience by having a strong role model for their own children, building life-long relationships with the player(s) they house, and contributing to the Stars organization. Along with a support system and loving home, players will need their own bedroom(s) and meals, starting in September through the end of the season (typically mid to late April). Billets are provided a monthly stipend while they house the player(s).

The Stars strive to be at the forefront of the sports industry in all aspects, promising to provide fun, affordable, family entertainment unmatched in the Lincoln area and become a pillar in the community. The Stars organization expects a high level of excellence from the players on and off the ice. The players are aware that respect for the household and host family members is mandatory. General responsibility and consideration from both parties make the housing experience successful and rewarding.

Careful selection helps to ensure the best match for the player and host family. Extensive questionnaires for the families and players assure an ideal fit for everyone involved. Contact Artt Brey (abrey@lincolnstars.com) with questions regarding the questionnaires, housing requirements, benefits, or general questions about the billet program.

Lincoln is a city of 300,000 people with many of the cultural and entertainment benefits of a much larger city. The capital city has a flourishing business community and has received national recognition when it was named No. 1 among America’s Healthiest Small Cities and the No. 1 U.S. City in regards to Quality of Life in 2012 (The Gallup-Healthways Well-Being Index).

While in Lincoln, players are encouraged to experience the city with their teammates and billets. The Lincoln Convention and Visitors Bureau (CVB) website (http://www.lincoln.org/) offers a variety of events and attractions in the city, including concerts, special guest speakers, plays and programs, sporting events, and art shows. Popular attractions include the University of Nebraska’s Memorial Stadium, the Adventure Golf Center, Pioneers Park, several historical sites, art galleries and museums, hundreds of miles of bike trails, and many other attractions. Lincoln’s downtown Haymarket is lively and filled with a variety of restaurants and stores.

The University of Nebraska acts as a centerpiece for the city. A great way to experience the Lincoln culture is by attending a Husker sporting event. Information and tickets can be found at http://www.huskers.com/.