THROWBACK WITH THE STARS: ERIC SCHEID 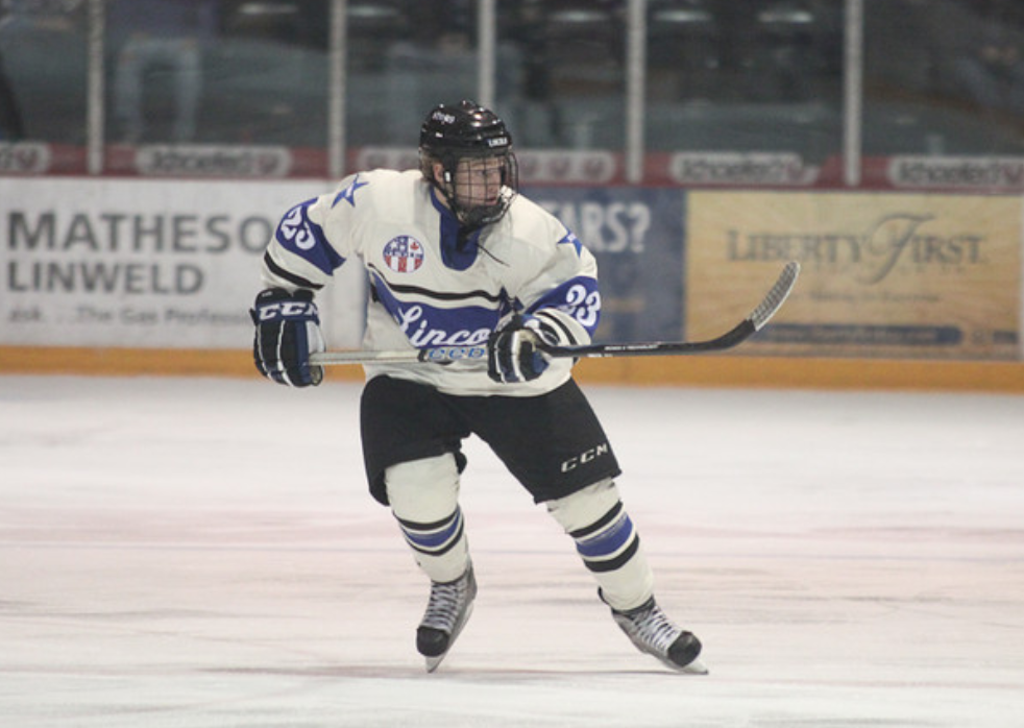 Eric had an interesting hockey path going straight into the University of Alaska after his first year in Lincoln, but he quickly realized he wanted his school to be more like what he saw at UNL while in Lincoln. Specifically, he wanted a school in the Big Ten with football and kind midwestern people, passionate fans, a Big Ten-type sprawling campus and a large fun student body.

So, because NCAA rules prohibit direct transfer within Division I hockey he would be forced to sit out one year.  He returned to Lincoln for a second season in 2012-13 prior to playing three years at Penn State University.  An interesting side note … Eric was part of the first Division I team at Penn State. “Happy Valley,” known mostly as a football school, boasts arguably the country’s best arena, stellar coaching staff and campus. Eric was part of the group that laid the foundation for what has become one of the premier programs in all of college hockey. 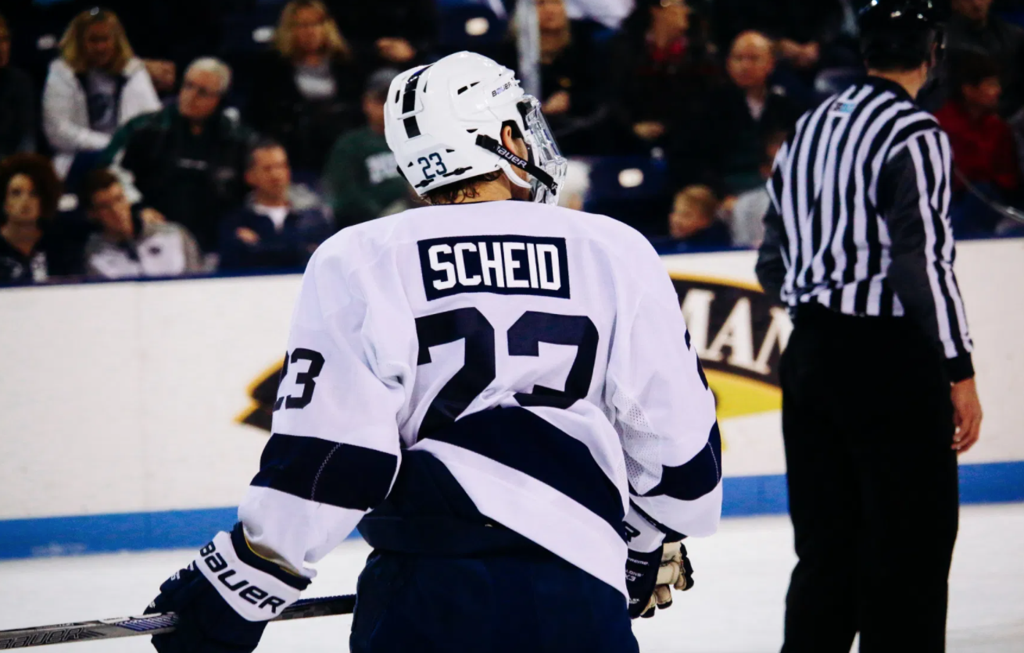 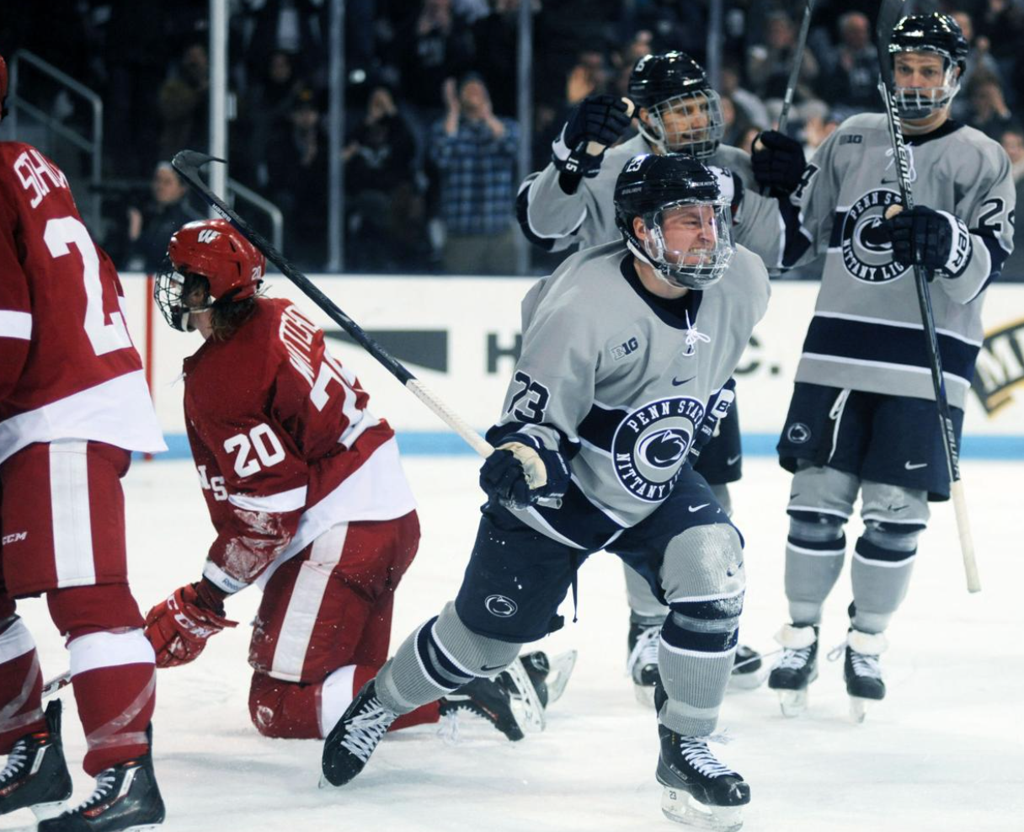 I found Eric, like so many of the guys I meet, to be very humble, kind and flowing with praise for his time in Lincoln.  Although he did not make it to the NHL, Eric parlayed his NCAA experience into ice time in the AHL, ECHL and pro hockey in France. Pretty heady stuff and certainly something to be proud of. Eric is now succeeding in a medical device sales role for Stryker. Needless to say, I am not surprised by his success, there is just something about playing junior (especially in Lincoln) and college hockey that prepares these boys for life that other kids just don’t have. It was really clear to me how much he loved his time in Lincoln and how much the relationships he built here were so important to him.

I asked Eric many of the same questions I asked Jared and Zach:

Eric: “My favorite thing about playing in Lincoln was the teammates I got to play with and the fans. I was fortunate enough to play on some great teams with even better guys and I’ll always be thankful for that. Also, you just can’t beat the fans in Lincoln. They bring it every night and make it the toughest place to play for opposing teams. Lincoln is hands down the best place to play in the USHL.”

Eric: “The most influential person I met was probably Jimmy McGroarty. He did a lot for me and my career. He genuinely cared about each and every guy but wasn’t afraid to give me the tough love I needed to help prepare me for my hockey career and beyond.”

Eric: “My favorite place to eat was definitely Chipotle. You could find at least one guy from the team there every day after practice.”

Eric: “I had three Billet families in Lincoln … Tom and Pam Price for my first year. [During my] second year, my time was split between Randy and Nancy Nelson and Sean and Tracy Kenney. I loved living with each family. They always took care of me and the guys on the team like we were a part of their family. My experience in Lincoln wouldn’t have been the same without them.”

Eric: “There are too many guys to put on a list of favorite teammates. You could basically just look up the rosters from my two seasons and use that. We had some really special groups when I was in Lincoln and that is certainly one thing I am grateful for.”

Eric: “The relationships and experiences we were able to have with the fans were awesome. The booster club and fans supported us so much, so it was fun being able to spend time with them away from the rink.”

Ryan: How did playing in Lincoln prepare you for eventually playing in college and life after hockey?

Eric: “Playing in Lincoln was instrumental to my success in college both on and off the ice. You learn a lot of lessons when you move away from home and it really helps you grow both as a person and player.”

Eric: “My favorite thing to do in Lincoln besides hockey was probably just hanging out with my teammates outside of the rink and for sure Husker football tailgates.

Ryan: What was the number ONE favorite memory of your two years in Lincoln?

Eric: “My favorite memory in Lincoln was definitely the outdoor game in Omaha. That was my first outdoor game experience and it did not disappoint.”

Eric: “My favorite stars jersey was the road blacks. I always thought they looked sharp and intimidating.” 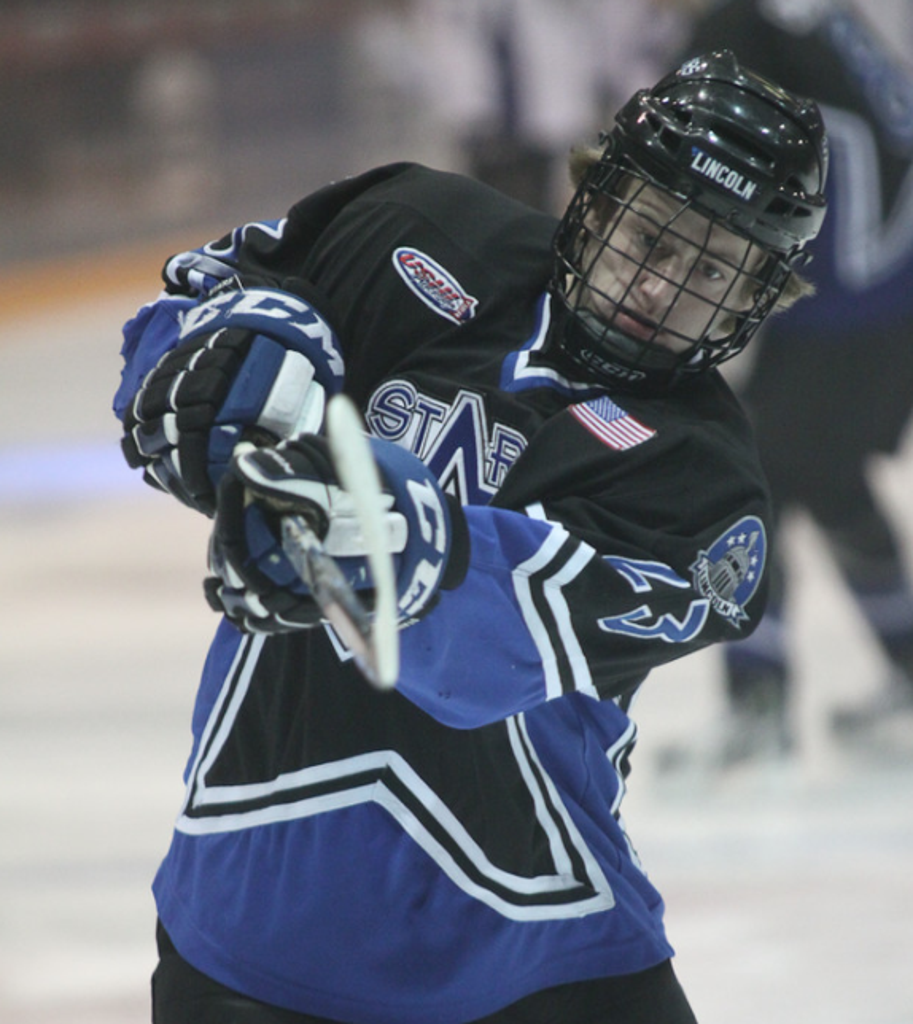 Ryan: How did your time in Lincoln prepare you for life after hockey?

Eric: “My time in Lincoln and quite frankly everywhere else I’ve been, have all been huge in preparing me for life after hockey. I think just being a part of a team and being a part of something bigger than just yourself gives you a lot of perspectives and helps you develop as a person for a life outside of sports.”

Ryan: What are you doing now?

Eric: “I hung my skates up two years ago and am currently doing Medical Device Sales for Stryker. I do some part-time coaching as well when I have time. While I do miss playing from every now and then, I’m enjoying the new chapter and the opportunity to explore some hobbies that I didn’t have much time to do while playing hockey.”

Eric Scheid, what a neat guy. It is great to see guys who have utilized their time in hockey to build a life after the game. Eric is clearly a young businessman on the rise, and I am sure Stryker is lucky to have him. His determination, work ethic and life lessons learned playing hockey are extremely valuable assets. I told him all of Stars Nation is proud of him and would welcome him back anytime! My sincere thanks to Eric for spending this time with me and more so for staying a part of Stars Nation.