"I am pumped, it is an absolute honor to be asked to come back to Lincoln to help guide this generation of Stars players," Sdao said. "[And a] massive thank you to Ryan Schiff, Chris Michael, Corey Courtney and the rest of the Stars organization for their desire to bring me back to start my coaching career."

"When I showed up to Lincoln in the fall of 2007, I was undrafted in the USHL but came to camp on a mission to make the team, Sdao remarked. "I certainly was not a highly touted recruit, but Lincoln is where I became a pro prospect. Jimmy McGroarty, Nick Fuher and Nick Fouts did a great job of teaching me both the game and life lessons that prepared me to become a college player and eventually a pro."

"Having an alumnus back home every day with us was one of the most important things focused on in our search for assistant coaches and the best part about it was hearing Michael's desire and passion to come back home and give back to the organization that means so much to him," Michael said. "His experience in pro hockey will no doubt be valuable for us but most importantly his path from junior to college to pro and how hard he worked to make it a reality."

At the 2009 NHL Entry Draft, the Bloomington, MN native was selected 191st overall by the Ottawa Senators. Following his tenure in Lincoln, Sdao spent four years playing college hockey at Princeton University (he served as an alternate captain from 2011-13).

He would later embark on an eight-year career in pro hockey, including four in the American Hockey League and four in the ECHL. In 2019-20, Sdao played for the Adirondack Thunder, before the ECHL's season was cancelled on March 15th due to COVID-19.

"My desire to become a coach is something that evolved over the last few years of my playing career," Sdao said. "I was one of the older guys on the team and I had AHL experience, so it was important for me to be both a leader and mentor to a few of our first and second-year pros on our team in Adirondack. I found a lot of satisfaction helping my younger teammates, which will translate to my passion to help guide Stars players."

"If you look around the league at the teams that have had continued success from year to year, something that is very hard to do in the USHL, the common theme is they have a full staff that can not only help the players but pushes each other in our own development as coaches which creates an environment where everyone is getting better every single day," Michael said.

"Each member of the staff will have their own responsibilities within different facets of what is required but the most important thing is that we are all in this together and we are all here for the same purpose which is to better our organization day-by-day." 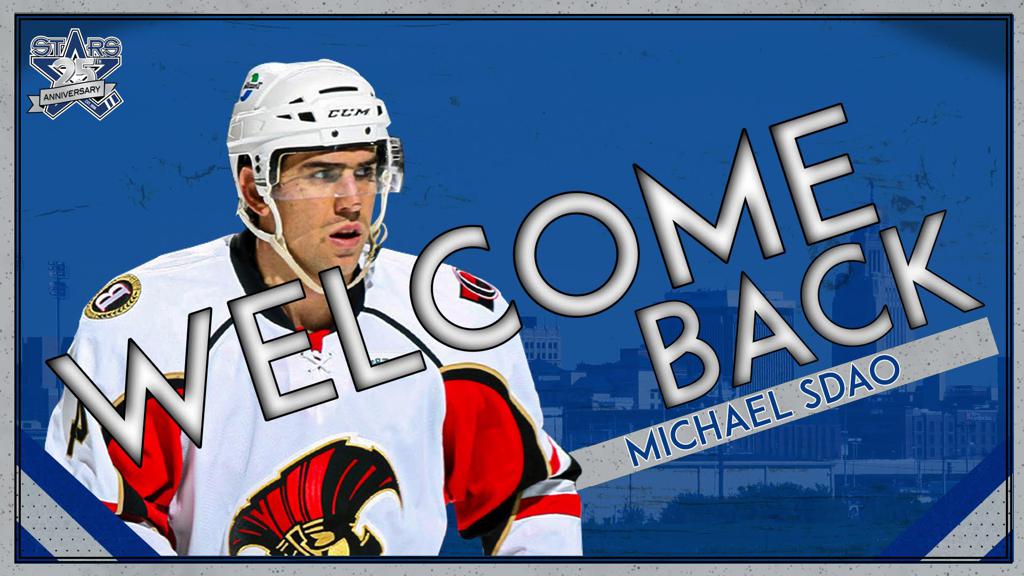