Lincoln Stars forward Christian Sarlo has announced his commitment to Penn State University, an NCAA Division I program in the Big Ten Hockey Conference, beginning in the 2020-21 season.

“It’s definitely nice to get the college situation locked up,” Sarlo said. "Penn State was a pretty easy choice. [It’s] a great school. To be able to play in a conference like the Big Ten with the facilities and the coaching staff they have there … it just all made for a great spot to go."

Sarlo, 18, has put up two assists in three games as a member of the Stars this season. The Lynbrook, NY native amassed 25 points (12 goals, 13 assists) in 50 games with the Chicago Steel in the 2018-19 campaign. He was acquired from the Steel this offseason, along with Josh Groll, Travis Treloar and Spencer Smith.

The 6-foot, 188-pound forward will look to help the Nittany Lions capture their first NCAA title after making the move to the NCAA during the 2012-13 season. In their young history, Penn State has qualified for the NCAA tournament two times and has won one Big Ten conference title (2016-17).

“I really had two big [factors]," Sarlo said. "They were 'What’s going to get me to the next level?’ and ‘Am I going to go somewhere where I’m going to have a chance to play?’ Penn State offered me both those things with the opportunity to go in and have an impact right when I get there."

With Sarlo’s commitment, the Stars now have 16 players on their active roster that are committed to a collegiate program.

The Stars home opener is THIS FRIDAY (October 11th) at 7:05 p.m. against the Sioux Falls Stampede!  Enjoy a night out at the Ice Box watching the future superstars of the NHL! Get your tickets here: https://stars.isportstix.com/event/37/lincoln-stars-vs-sioux-falls-stampede 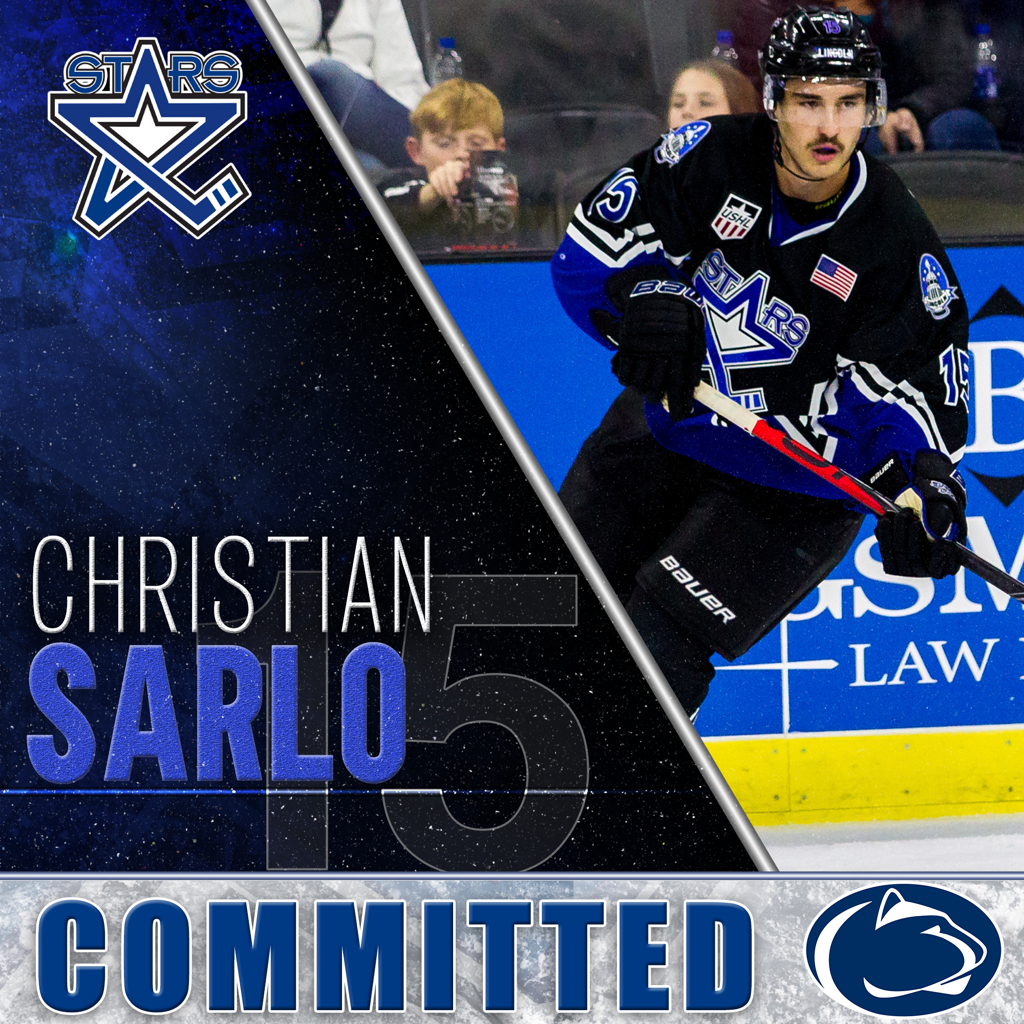